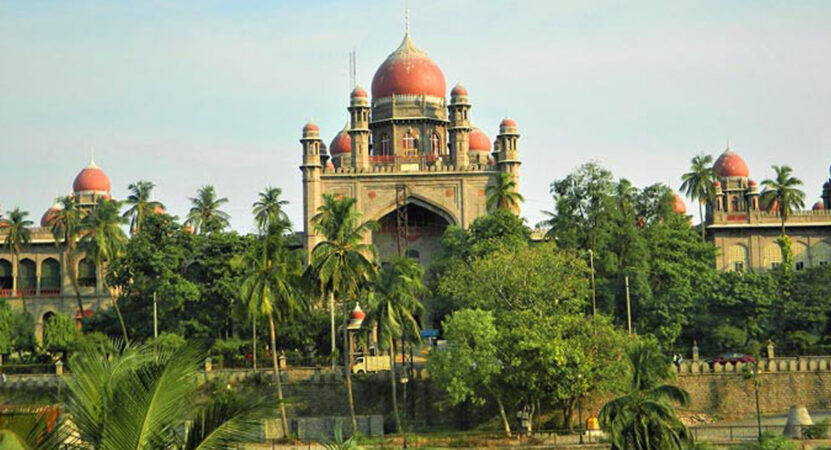 Hyderabad: A two-judge panel of the Telangana High Court, consisting of Chief Justice Ujjal Bhuyan and Justice S. Nanda, on Monday granted the Telangana Tourism Corporation two weeks to file a status report in a PIL regarding the revival of a notified heritage monument – the Hill Fort Palace.

Hyderabad Heritage Trust, the claimant argued that despite being represented, the Hill Fort Palace was not kept by state authorities. The city authorities had singled out the palace as a grade III heritage monument in one of its GOs. The petitioner requested the state authorities to immediately preserve and maintain the palace or allow him to do so. The State Tourism Development Corporation said a request had been made to the government to sanction Rs 50 crore, for upkeep and upkeep of the palace, to start the restoration works. However, a response is still awaited from the government. The case will be heard on August 22.

Whether material data relating to eligibility for social protection schemes can be delegated to private authorities will be considered by the Telenanga High Court. The Panel on Monday postponed the hearing of a PIL regarding the collection of quasi-racial data on citizens residing in Telangana, specifically ‘Seemandhra’ people during an intensive household survey conducted in August 2014, making them ineligible for state and central social protection schemes. It was argued by petitioner J. Rammohan Chaudhary that the data collection was contracted out to an outsourced agency and that there was every possibility of leakage of this sensitive personal data into the hands of the agency. outsourcing. The case will be heard on July 25.

The same panel Monday granted a two-week extension to Rachakonda Police Station and Secretary Turkayamjal Gram Panchayat on Monday and to file a ticket in a PIL filed by Zilla Cheruvula Parirakshana Samithi questioning HMDA’s inaction. in the removal of structures in the FTL area of ​​Masab Cheruvu near Turkayamjal. The claimant argued that granting permission for such illegal construction would affect the pristine glory of Masab Tank. The Petitioner also directed State authorities to take appropriate action to remove all permanent and temporary structures from the FTL area, keeping the entire area free of obstructions in the form of raised road bunds, etc., which block the water in the lake and the good fence of the whole area. The case will be heard on August 3.

Pro-Trump ‘fake voters’ in Georgia are now the target of a criminal investigation, prosecutors say