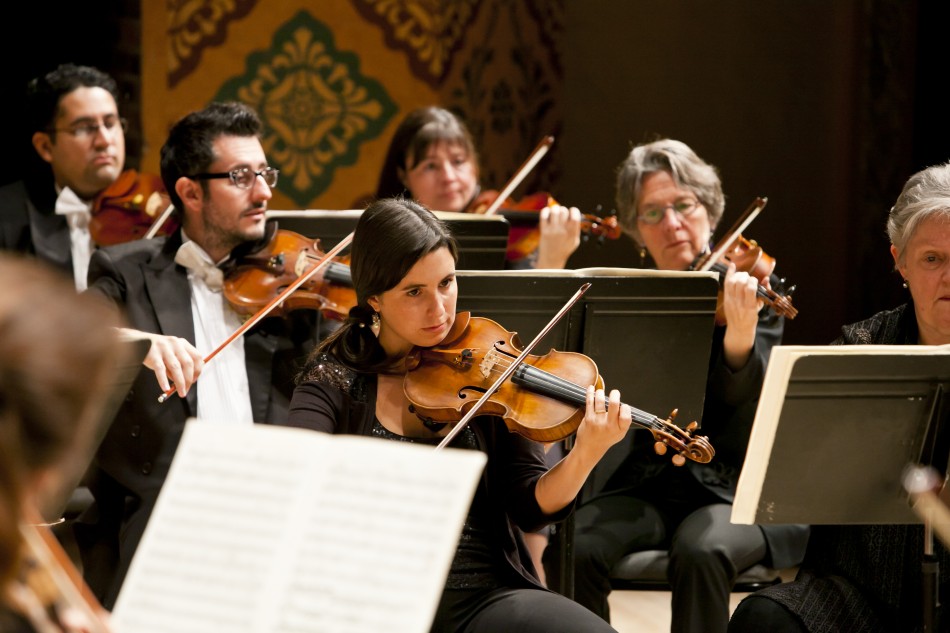 The Pro Musica Orchestra presents works by Rossini, Mozart, Jessie Montgomery and Prokofiev at its season-opening performances on September 24 and 25. VScourtesy/SF Pro Musica

SANTA FE — Under the baton of Ransom Wilson, the Pro Musica Orchestra presents works by Rossini, Mozart, Jessie Montgomery and Prokofiev in its season-opening performances.

Jessie Montgomery’s composition Shift, Change, Turn was commissioned in 2019 by the Orphée and the Saint-Paul chamber orchestras. She writes that “Shift, Change, Turn is my the opportunity to contribute to the tradition of writing a play according to the seasons, as and when and spinning is something we all experience as humans.

Meet the Music: Join us for pre-concert talks with our guest artists an hour before the show, included with the purchase of the ticket.

COVID-19[FEMININE:[FEMININE:The the health and safety of our audience, staff and performers is of the utmost importance priority. Vaccination is recommended but not mandatory to attend concerts. Audiences and Pro Musica staff are required to wear face masks indoors at concerts and events, regardless of vaccination status. Musicians can choose to perform on stage without a mask. If you have symptoms of, have been exposed to or have tested positive for Covid-19, please take appropriate action isolation and quarantine steps per CDC guidelines. Customers who refuse following our Covid safety policies will be asked to leave the concert. The ticket(s) will be not be reimbursed.

Ransom Wilson is Music Director of the Redlands Symphony, on the faculty of the Yale School of Music, and performed as a flautist with the Chamber Music Society of Lincoln Center since 1991. He was assistant conductor at the Metropolitan Opera and has been conductor of the New York City Opera, the London Symphonies, Houston, Krakow, Denver, New Jersey, Hartford and Berkeley, the Orchestra of Saint Luke, the Hallé Orchestra and the chamber orchestras of Philadelphia, St. Paul and Los Angeles. His his recording career includes three GRAMMY nominations and over 35 albums as a flautist and/or driver. ransomwilson.com

Paul Neubauer is solo violist from New York Philharmonic and has appeared as a soloist with over 100 orchestras, including the Philharmonics of New York, Los Angeles and Helsinki, the symphonies of Bournemouth, Dallas, Detroit, the National, San Francisco, St. Louis and the Orchestras of Santa Cecilia, English Chamber and Beethovenhalle. Twice nominated for the GRAMMYs, he has numerous recordings and world premieres to his name, as well as features in CBS’s Sunday Morning, A Prairie Home Companion and in Strad, Strings and People magazines. Mr. Neubauer is the artistic director of the Mostly Music Festival (New Jersey) and professor at the Juilliard School and Mannes College. www.paulneubauer.com

Jessie Montgomery is an acclaimed composer, violinist and teacher. She is a recipient of Leonard Bernstein Award from the ASCAP Foundation, the Sphinx Medal of Excellence and its the works are frequently performed worldwide by leading musicians and ensembles. His blends classical music with elements of vernacular music, improvisation, poetry, and social consciousness, making her a keen interpreter of the 21st century American sound and live. His deeply felt works have been described as “turbulent, wildly colorful and exploding with life” (The Washington Post). www.jessiemontgomery.com