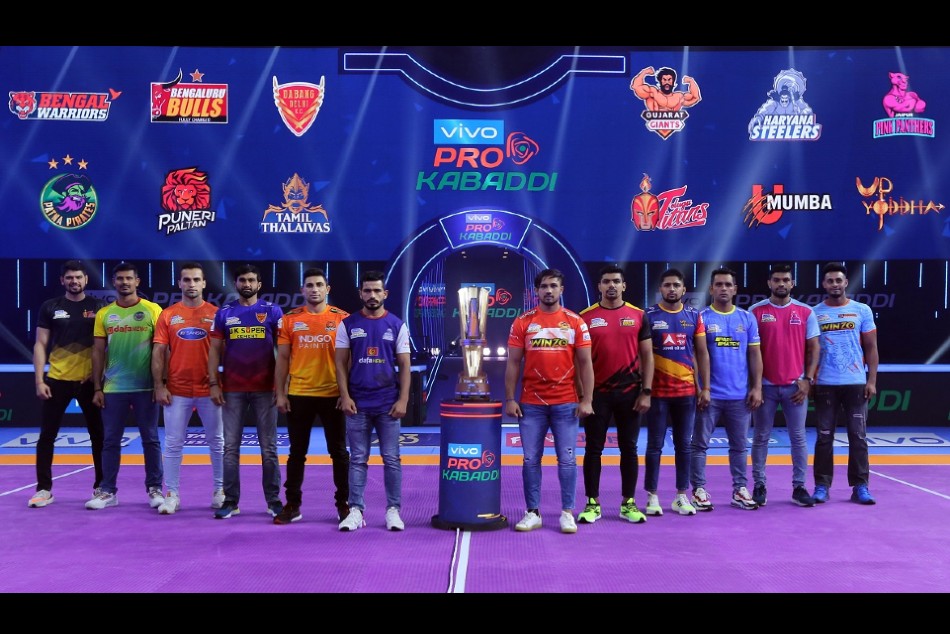 India’s rustic sport – which was once considered a game of rural areas – has over the past seven years broken the stereotype and taken hold in the country’s urban areas. The popularity of the Pro Kabaddi League has breathed new life into Kabaddi as youngsters consider careers in the sport. Children are encouraged by their parents to pursue a career in this contact sport.

According to reports, currently 70% of IPL’s audience watch PKL regularly, contributing to its growth over the years. According to the “Broadcast Audience Research Council India”, the seventh season of PKL has attracted 1.2 million impressions and a cumulative reach of 352 million, which is expected to increase further in the coming years.

Despite numerous forced hiatuses due to COVID-19 restrictions and other challenges, PKL has managed to retain its audience over the years and will continue to do so for years to come.

The ancient game of Kabaddi dates back to the epic Mahabarata. However, the modern form of the sport evolved in 1930, and since then many countries have embraced contact sport. In the UK alone, channels broadcast PKL to the 1.5 million Indians living in the country. Furthermore, the meteoric rise of Kabaddi clubs in London and other major cities in England has also proven to be a testament to the growth of the sport outside India.

The International Kabaddi Federation consists of 31 national associations with countries like Kenya, Australia, Poland, Argentina, Australia, United States of America, etc. participating in the growth of the sport worldwide. Poland in particular has a thriving Kabaddi culture and is one of the few non-Asian nations to have a squad made up mostly of native players.

Developing and expanding the talent pool

Prior to the advent of the Pro Kabaddi League, the reach of the sport had diminished in urban towns and villages. Before the first season of PKL, few sports fans could even recognize Kabaddi players apart from star raiders Rakesh Kumar or Anup Kumar, although India won the first two editions of Kabaddi World Cup and won seven gold medals at the Asian Games between 1990 and 2014.

Since 2014, however, many Kabaddi players like Manjeet Chillar, Pardeep Narwal, Pawan Sehrawat, Sandeep Narwal and Naveen Kumar have been able to achieve superstar status in the country.

Through the league’s Future Kabaddi Heroes program, scouts were also able to discover plenty of under-22 talent from across the country, with Naveen Kumar, Rohit Gulia, Nitesh Kumar, Surender Singh and Sachin Tanwar emerging as mainstays. of PKL.

Many talented young players like Mohit Goyat, Rakesh Sungroya and Meetu Sharma have also progressed through independent Kabaddi tournaments like K7, which has further strengthened the talent pool of PKL. Due to the increased talent pool, the league expanded to 12 8-team squads in PKL Season 5.

Moreover, with the rise in popularity of the PKL, the financial situation of these Kabaddi players has steadily increased throughout the history of the league. Star raider Pardeep Narwal fetched UP Yoddha Rs 1 crore 65 lakhs in the recent Season 8 auction. highly sought after player.

Arjun Deshwal, who held his own in Category B of the PKL auction ahead of the eighth season, ended up as the third most expensive buy with Jaipur Pink Panthers clinching his signing at Rs. 96,000,000. Manjeet, Sachin, Rohit Gulia, Chandran Ranjit, Surjeet Singh, Ravinder Pahal cost their respective franchises amounts between Rs. 70 Lakhs to Rs. 85,000,000.

With the league’s viewership skyrocketing over the years, players are expected to earn more in the PKL auctions and carve out a place in the hearts of sports fans around the world in the coming years.