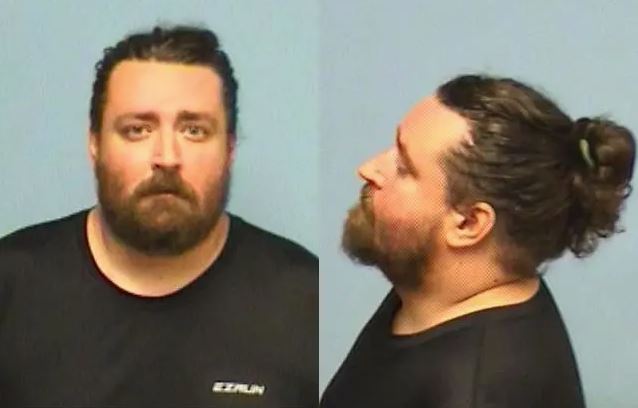 Police have filed a “clear and present danger” report with the state after a man allegedly threatened to “shoot everyone” in a Lake Forest parking lot, authorities said.

The Lake Forest Police Department said it responded around 6 p.m. July 23 at the 1300 block of North Western Avenue in Lake Forest.

A 911 call was made regarding an incident involving 33-year-old Alexander E. Pawlus, who lives at the scene.

Pawlus allegedly shouted profanity at a group of tenants in the parking lot, police said.

Tenants waited outside as ComEd completed work to restore power to the building.

Police said Pawlus stood on his balcony and threatened to start shooting.

The Patch reported that Pawlus said he was going to get a gun and “shoot everyone”.

The witnesses, fearing for their safety, called the police.

According to a police report, Pawlus told investigators he was on his balcony when he noticed one of his neighbors looking into his car in the parking lot, the Patch reported.

Pawlus confronted the neighbor, who had told Pawlus he needed to file a report with his insurance about the flood damage to his car.

Pawlus told the neighbor he wasn’t going to file a report because his car wasn’t damaged by the flood that happened that morning.

Pawlus claimed he “imaginedly said, ‘I’m going to shoot you with my AR-15,'” but didn’t say it out loud, according to the police report.

Officers arrested Pawlus and he was charged with assault. Pawlus was treated and released on a personal recognizance of $120.

Police have filed a “clear and present danger” report with the Illinois State Police, which could lead to his FOID being revoked and his weapons confiscated from Pawlus.

Illinois State Police declined to provide information on the status of Pawlus’ report, saying they were unable to release the information due to a court order and the Illinois law.

A court hearing is due to take place in the case on August 26.