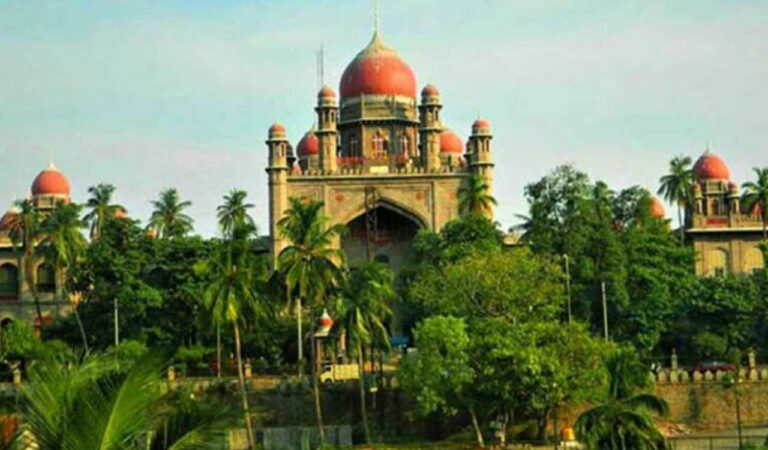 PIL on offerings made to temples, Telangana HC orders state to drop meter

Hyderabad: A two-judge panel of the Telangana High Court, consisting of Chief Justice Ujjal Bhuyan and Justice CV Bhaskar Reddy, on Monday heard inconclusively a PIL interrogation offer of gold ornaments by the State to Lord Venkateshawara Swamy and Goddess Kanakadurga on public funds. The petitioner, Professor PL Vishweshwara Rao, also questioned whether the said offer would be fair and appropriate in a secular democracy. The offerings were reportedly made in the amount of Rs. 5 crores during Chief Minister K Chandrashekhar Rao’s visit to Lord Venkateshwara Swamy and Goddess Kanakadurga Temple, offering a nose stud of 57 diamonds. The petitioner also alleged that the trip was made on a special flight with his family members using government machinery to fulfill his personal promises. The petitioner asked the court to refund the amount to the public treasury, as it was for public welfare and not for personal gain. The panel ordered the state to file its counter within six weeks. The case will be heard on November 29.

The same panel ordered the state government to submit new status reports on roadside encroachments in the Siddiambar Bazar and Mahboobgunj areas of the city. The petitioner Laminivas Agarwal appearing in person challenged the inaction of municipal authorities in not removing unauthorized encroachments in the areas of Siddiambar bazaar and Mahaboobgunj. It has been claimed that instead of removing the encroachments from the roadsides, the authorities granted them business licenses, which is illegal. The panel further called on the government to explain the measures taken to remove the illegal encroachments within a week, failing which the appropriate ordinances would be passed. The case will be heard on September 27.

How to Customize Status Bar Icons on ASUS ZenFone 9