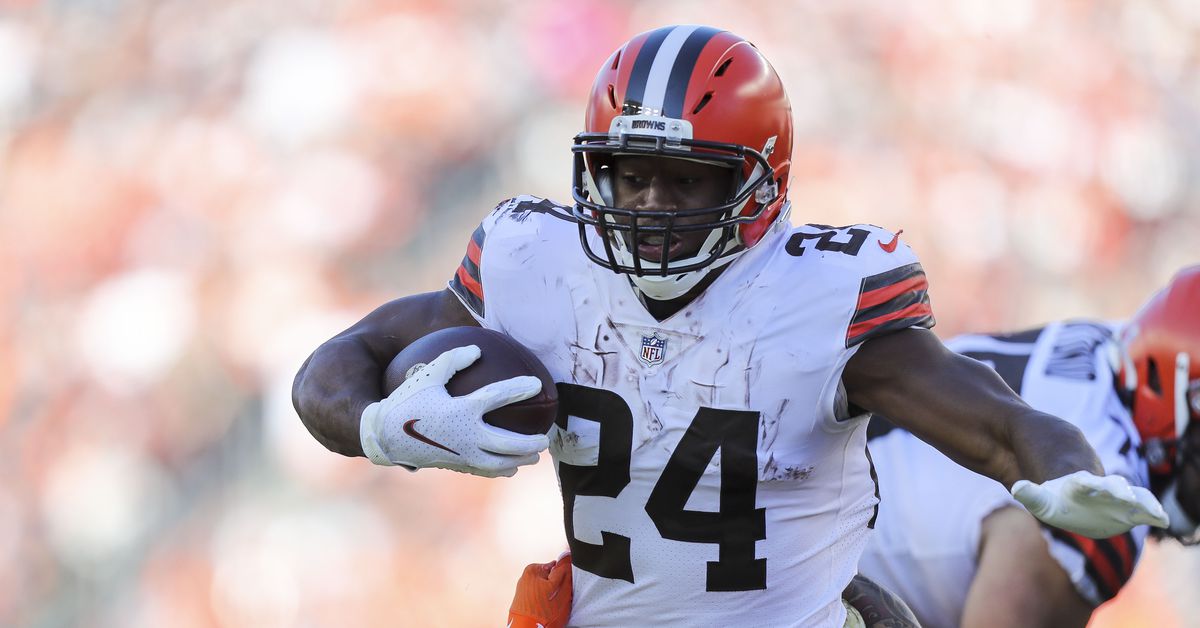 Friday update: The Browns activated Nick Chubb from the COVID-19 IR list on Friday. With his conditioning sorted out, he has a good chance of playing this weekend against the Lions.

Thursday update: Browns offensive coordinator Alex Van Pelt told media on Thursday that “things are going in the right direction” for Nick Chubb to return from the COVID-19 list, per Jake Trotter. His status for Sunday remains in question before the end of the week.

Cleveland browns Head coach Kevin Stefanski told reporters on Wednesday that star running back Nick Chubb is still on the COVID-19 list and uncertain whether he will play against the Detroit Lions, by Nate Ulrich.

Chubb missed last week’s game against the New England Patriots because he tested positive for COVID-19. The Browns were also without Kareem Hunt, which meant that D’Ernest Johnson took the start as a running back. Johnson was one of the Browns’ only bright spots, as he had 99 rushing yards on 19 carries, as well as seven receptions for 58 yards.

If Chubb can’t play on Sunday, then Johnson will likely get his third start of the season against the Lions. In his first two starts against the Broncos and Patriots, the 25-year-old running back has scored over 20 fantastic points. The Lions defense struggled last week against rookie running back Najee Harris, who had more than 100 rushing yards.