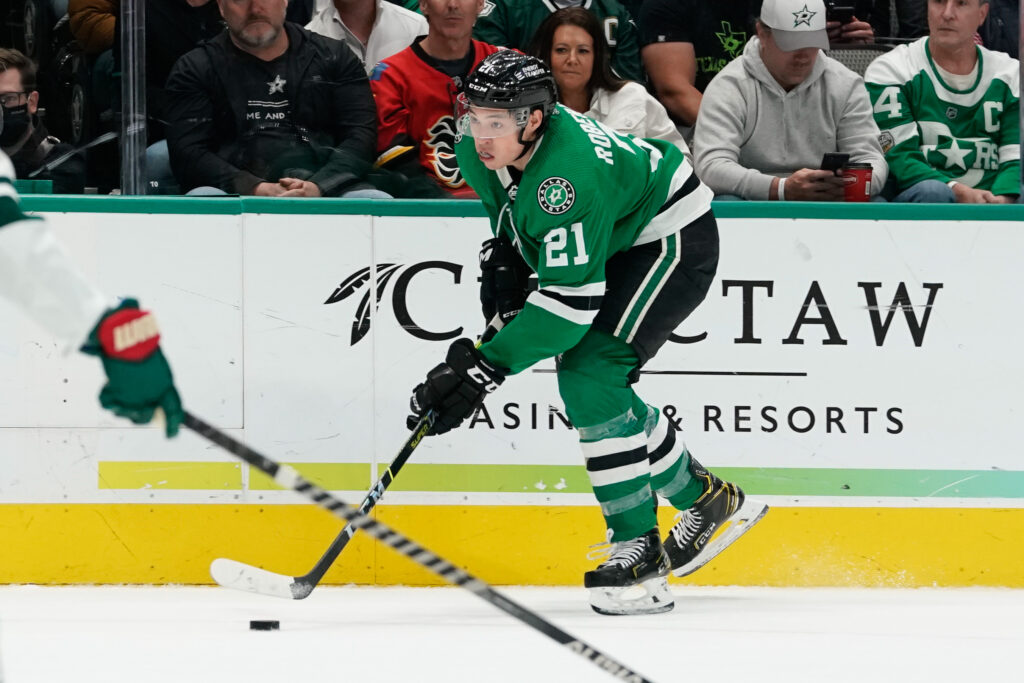 There’s been more emphasis on paying big money to young stars in the early last few years and it looks like at least one team owner isn’t a fan of it. Speaking on the Cam and Strick podcast (audio link) earlier this week, Stars owner Tom Gaglardi lamented the current contract landscape across the league:

A kid in the third year of his entry-level (deal) scores 40 goals and now he wants to make $7 million. If you want a term with this player, he’s going to take you higher than that. … The stars take all the money and the guys in the middle get rushed.

I think there are a lot of players in the league who make a million dollars who are better players, and then the guys who can put the puck in the net get too big a slice of the pie. … I don’t like it, but that’s the deal, and that’s how it works.

Without naming him specifically, it’s quite clear that the 40-goal player he’s referring to is Jason Robertson who led the Stars with 41 goals in 74 games last season. If the asking price for a short-term deal is in the range of $7 million, as Gaglardi suggests, Dallas will almost certainly have to strike a bridge deal to get the 23-year-old under contract without having to part ways. another player. They have just over 6.3 million in projected space at the moment, by CapFriendlybut it could be closer to $7.5 million if Anton Khudobin is healthy and is sent to minors.

Elsewhere in the Central Division: