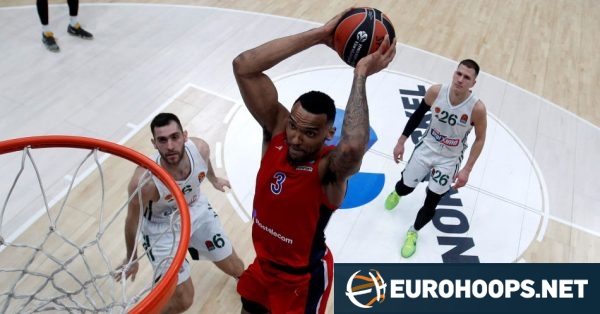 Joel Bolomboy left CSKA Moscow for family and personal reasons related to the situation between Russia and Ukraine, as posted on Twitter by the team Monday.

The updated press release: “For personal reasons related to the current situation between Russia and Ukraine, as well as its possible consequences, Tornike Shengelia, Ifffe Lundberg, Marius Grigonis, Johannes Voigtmann and Joel Bolombo have left the premises of CSKA. The actions of the players are a violation of the terms of the contract and club regulations, but the club treats the personal situation of each of the players with understanding.The status of player agreements will be resolved when the political and sporting situation in Europe returns to normal.

All other basketball players and coaches continue to prepare for the upcoming games according to the usual schedule.

The club is monitoring the development of the situation, focusing on the decisions of government organizations and the tournaments in which the team participates.

In his fourth season at CSKA and in the Turkish Airlines EuroLeague, the Ukraine-born forward produced 5.9 points, 4.1 rebounds, 0.7 blocks, 0.3 steals and 0.3 assists per EuroLeague game in 23 appearances.

The former Weber State standout was selected with the 52nd overall pick in the 2016 NBA draft by the Utah Jazz. He appeared in 20 NBA games before opting to sign with CSKA and obtain Russian citizenship in 2018.