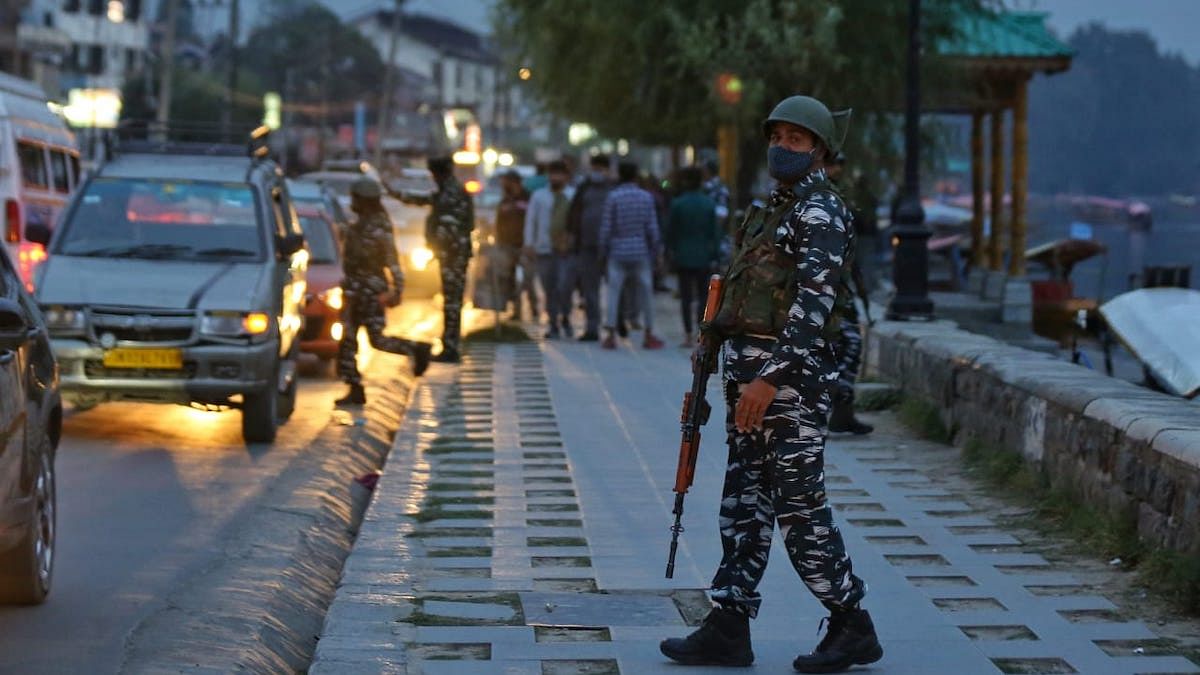 FFive rounds lodged in his rifle, just in case war broke out again, Constable Charan Das stood guard on Srinagar’s Nawakadal Bridge, shielding himself from the freezing February cold with a small fire made with the remains of a wooden crate. He paid no attention to the two men advancing in the dark of night until their daggers pierced his chest. The border guard crawled through the snow for a few yards, his lungs struggling for air before he died.

Later, on the night of February 3, 1967, an employee of the Maharajganj police station wrote the first information report 21, recording the murder.

Fifty years ago this month, India destroyed al-Fatah, the terrorist network responsible for the murder of Das, but almost without firing a shot. Figures on the fringes of the network have become stalwarts of the establishment: former deputy chief minister Muzaffar Baig, respected political leader Bashir Ahmad Kitchloo and highly regarded police inspector general Javed Mukhdoomi.

As New Delhi considers its next steps in Kashmir – to hold elections and explore options with Pakistan through behind-the-scenes dialogue – the Master Cell story holds important lessons. Fighting terrorism, it shows, is not all about courage and glory: silent politics can be a far deadlier weapon than bullets.

Read also : Beyond the ‘Kashmir files’, catharsis and closure need justice, for all cases of mass injustice

The birth of the Master Cell

In the summer of 1964, a few months before the second Indo-Pakistani war, Islamabad supported a new secret network founded by Ghulam Sarwar, Hayat Mir, Ghulam Rasool Zahgir and Zafar-ul-Islam. The network, known as the “Master Cell”, relied heavily on educated elites, especially medical students and engineers. Alienated by New Delhi’s appointment of proxies in place of an elected government, noted scholar Navnita Chadha Behera, this cohort of young people had been seduced by secessionism.

“Crossing the Line of Control,” wrote self-styled insurgent Nazir Gilani, “was as mystical to a young Kashmiri as the Eve of Saint Agnes” — an ironic reference to European folk traditions, where young women perform. divinatory rituals for a vision of their future spouses.

As war raged throughout the summer of 1965, these networks positioned themselves as a revolutionary vanguard, fighting in support of Pakistani troops and irregulars. Grenades were thrown in the Regal Chowk and Lal Chowk of Srinagar, bridges were set on fire and pamphlets rained down on the streets.

In the Budgam Mountains of central Kashmir, Hayat Mir set up a parallel government, even running Islamic courts that on one occasion executed an allegedly promiscuous woman. The goods of a Hindu grocer were looted and distributed to the rural poor.

Even after the 1965 war ended, the network hoped to continue its campaign of terror. Equipped with explosives left behind by the retreating Pakistani forces, bombardments were carried out across the state. The cell hatched plans to assassinate Chief Minister of Jammu and Kashmir Ghulam Muhammad Sadiq and Home Minister DP Dhar.

“The underground cells had managed to create quite a tense situation in the valley by their acts of terrorism,” wrote legendary police officer Surendra Nath, who would go on to serve in the northeast, as well as in war-torn Punjab. violence.

“With the training received by two members of the Master Cell, which they would have passed on to other members, and with the availability of high explosives on such a large scale, they could have stopped normal life in the Valley.”

Read also : Rejecting ‘The Kashmir Files’ is like shooting the messenger. Look beyond its flaws

The rise of Fatah

In late 1966, Zahgir, a longtime veteran of the secret war in Jammu and Kashmir, and his Pakistani intelligence operatives began creating a new organization called al-Fatah. The idea of PakistanIn the military, researcher Stephen Cohen notes, interest in insurgency warfare has been sparked among officers studying at American academies. Where the United States has sought to prevent such wars, Cohen wrote, Pakistan has studied them “in terms of launching a people’s war against India.”

The new group’s first operation, the 1967 murder at Nawakadal Bridge, was followed by a series of robberies, including the treasury of the Pulwama Education Department and the Hazratbal branch of the Jammu and Kashmir Bank. In the mountains of Beerwah, al-Fatah has set up a training camp for new recruits.

Fazl-ul-Haq Qureshi, who later became a secessionist politician of some prominence, claimed that al-Fatah managed to send 300 cadres for training in Pakistan in 1971, recruiting from mosques across the countryside. The real problem, he said, was that the weapons were not available, “because Pakistan had decided that now was not the time to arm the jihadists”.

Pakistani secret agent Salim Jehangir, who ran the al-Fatah training camp, also told Zahgir that large caches of rifles exist. However, Haji Jalaluddin, the agent who held the weapons, had strict instructions not to hand them over to Fatah until he received clearance from the Pakistani intelligence service. With the 1971 war looming, and Pakistani energies concentrated in the east, this authorization never came.

By themselves, Zahgir wrote in his diary, al-Fatah’s actions amounted to little. They were, he said, laying the groundwork for a long war to slowly weaken India, much like “a mosquito does by fighting with an elephant”.

Outstanding counterintelligence work led to the arrest of Zahgir in 1972, along with members of al-Fatah. The operation was led, interestingly, by the then Deputy Superintendent of Police, Ali Mohammad Watali, the officer targeted in the first terrorist attack in Kashmir using assault rifles, who took place in 1989.

Read also : The Kashmir Files tries to show the ‘truth’ of the 1990 exodus, but Vivek Agnihotri gives it a deadly blow

After the dismantling of al-Fatah, New Delhi set about initiating the endgame – turning occasional enemies to its side. After India’s victory in the 1971 war, Prime Minister Indira Gandhi took advantage of her situation to broker a deal with Sheikh Muhammad Abdullah. Abdullah agreed to some limited political autonomy for Jammu and Kashmir and gave up his demand for a plebiscite once and for all.

Inside Kashmir, Chief Minister Sadiq’s successor, Syed Mir Qasim, began negotiating with imprisoned al-Fatah members, using the services of the officer who broke the network, Pir Ghulam Hasan Shah. Those charged with minor offenses were released; the others received special facilities for their education and care at Srinagar Central Jail.

Later, Chief Minister Qasim wrote, “I was shocked by the kind of crimes they had committed. [But] I was after all a father and therefore could not hide behind the cold principle of crime and punishment. I said to the National Assembly on March 25, 1972, I can swear that I suffer from the same pain as the parents of these young people.

The psychological operation worked. In 1975, the bulk of al-Fatah cadres went mainstream, forming the Inquilabi Mahaz, or Revolutionary Union, which backed the Indira Gandhi-Sheikh Abdullah deal.

A small group of dissidents – Fazl-ul-Haq Qureshi, along with Nazir Ahmad Wani, Hamidullah Bhat, Mohammad Shaban Vakil and Farooq Ahmad Bhat – rejected the deal, but became politically marginalized. They too turned around.

“Long years of absence from employment had had a major impact on my financial situation,” Qureshi said, “and with children to raise, I wanted to stay in work.” He resigned from his post in the Secessionist People’s League; the government dropped its charges.

For most of two decades, Kashmir was quiet, until Prime Minister Rajiv Gandhi’s rigging of the 1987 elections led to the collapse of the legitimacy of the political system once again. As an earlier generation of radicals had done in the 1960s, a new cohort of young people again turned to secessionism.

As New Delhi plans its next steps in Kashmir, it is time for leaders to reopen this long-forgotten Kashmir dossier and learn from it.