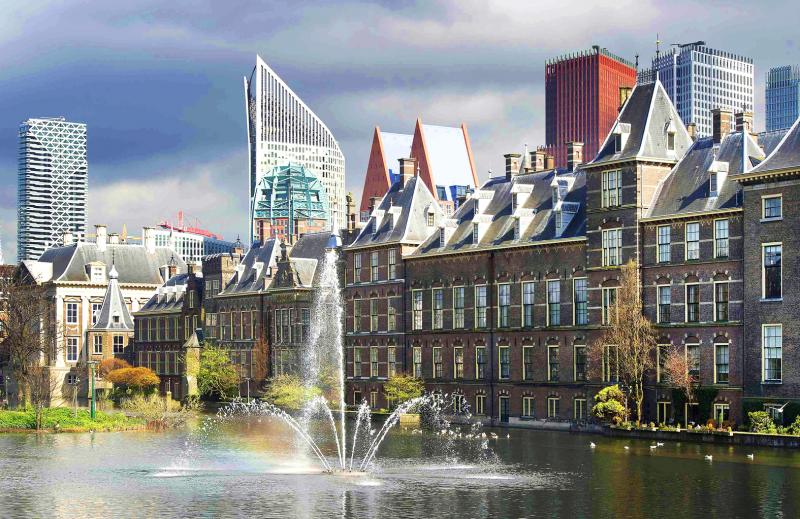 SUPPORT:
One motion called for China to oppose changes to the cross-strait “status quo”, while another said the EU should be pushed to support Lithuania

Yesterday, the Foreign Ministry thanked the Dutch House of Representatives for passing motions in favor of maintaining the “status quo” in the Taiwan Strait and strengthening ties between Taiwan and Lithuania.

The Dutch house set a record by overwhelmingly passing two pro-Taiwan motions in one day, the ministry said in a press release.

The move once again demonstrates the House’s strong support for Taiwan, after passing a motion on Tuesday last week supporting Taiwan’s candidacy to participate in the International Criminal Police Organization, he said.

Of the two motions adopted on Tuesday, one urged the Dutch government to oppose any unilateral change to the cross-strait “status quo” by China, he said.

It was initiated by Dutch lawmaker Raymond de Roon, chairman of the House’s Foreign Trade and Development Cooperation Committee, and passed by 120 votes to 30, the ministry said.

In the proposal, De Roon expressed concerns about China’s growing military activity in the Taiwan Strait and urged other European countries to support Taiwan, the ministry said.

The other motion urges the Dutch government to push the EU to support Lithuania, which faces retaliation from China over its decision to host the Taiwanese representative office in Vilnius and plans to open an office in representation in Taiwan, the ministry said.

The motion was proposed by Dutch lawmakers Ruben Brekelmans and Agnes Mulder, and passed by 117 votes to 33, according to the statement.

According to the house’s website, De Roon, Brekelmans and Mulder belong to the Freedom Party, the People’s Party for Freedom and Democracy and the Christian Democratic Appeal Party, respectively.

Taiwan and the Netherlands are good partners who share the values ​​of democracy, the rule of law, freedom and human rights, the ministry said.

Bilateral relations have been close and friendly, and the two sides will continue to strengthen cooperation in the fields of trade, environmental protection, disease prevention, technology, energy and energy. innovation, among others, he added.

Taiwan and the Netherlands will also join efforts to address challenges posed by transnational crime, aviation security and climate change, the ministry said, pledging to further contribute to peace, stability and prosperity. global.

In recent years, the Netherlands has become Taiwan’s main source of foreign direct investment, as well as Taiwan’s largest investment destination and Europe’s second-largest trading partner, the ministry said in a statement. press in July of last year.

Comments will be moderated. Keep comments relevant to the article. Comments containing abusive and obscene language, personal attacks of any kind or promotion will be removed and the user banned. The final decision will be at the discretion of the Taipei Times.

The lawmakers of Mass. introduce a bill that could bar the police from enforcing immigration