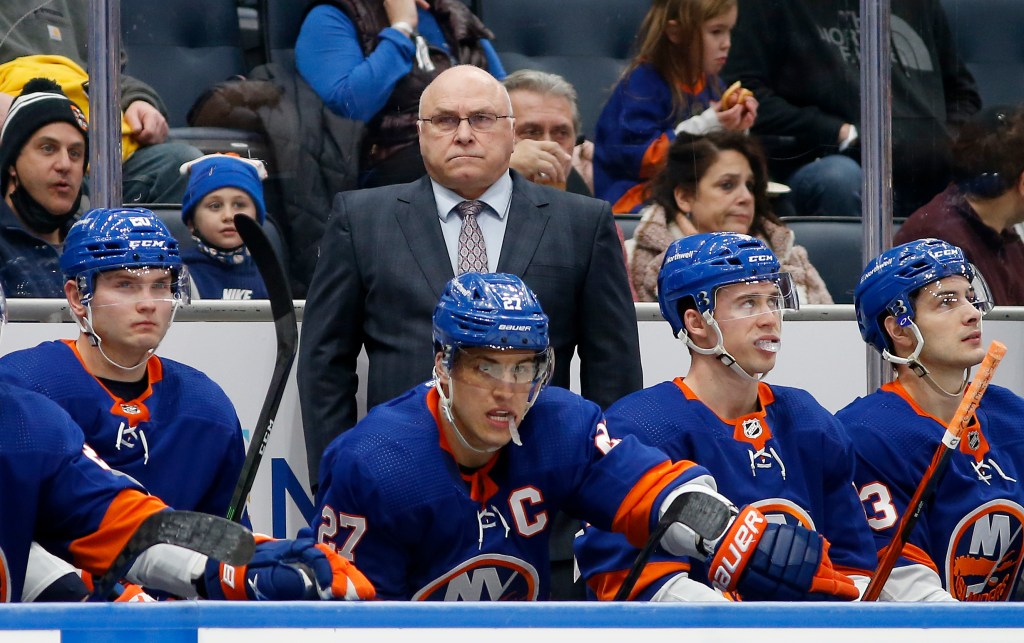 Brock Nelson was making a pre-game drink on Monday night when Barry Trotz walked into the room.

“Hey whats up?” Nelson called it back saying. “Everyone ready to go?”

It wasn’t too early before the game. But that didn’t make much difference.

After five days on the COVID-19 roster, Trotz was back behind the Islanders’ bench. Following the 4-1 victory over the Flyers, he arrived at the press conference with pep in his step.

When a reporter commented that they were happy to see him in good health, Trotz volunteered: “I feel good. I felt great during COVID. I should have had COVID all year. I felt good, really. I had no symptoms, nothing. I actually felt better than I had in months.

Trotz did not attend Monday’s morning practice, during which associate coach Lane Lambert spoke to the media and said there were no updates on the status of the head coach, but Trotz approved the protocol in time for the game.

Trotz hadn’t coached the Islanders since Dec. 30, missing the New Year’s Day game to be with his family in Dauphin, Man., after his mother passed away. He missed training for the next few days, then briefly returned before coming down with the virus.

“It was like about a year ago,” Trotz said of the last time he coached.

The players said they didn’t see a major difference with Lambert – a longtime Trotz assistant – leading the bench, but the head coach’s return still made a difference.

“I think it’s difficult when he’s not around,” Nelson said. “Clear message from both, kind of the same. All the staff are working hard to put the game plan in place.

There is still no clear timetable for Ryan Pulock’s return from injury. It has been more than nine weeks since he suffered a lower body injury, with an initial diagnosis of four to six weeks.

“Obviously he’s a lot closer than he was weeks and weeks or months ago,” Trotz said. “It will be an upgrade for us for sure [when he returns].”

The Islanders tried to trade lines, with Kieffer Bellows to Mat Barzal’s right and Josh Bailey to Nelson’s right. Trotz said afterward that he didn’t like how things were with Bellows on the front row.

JG Pageau was 9-4 in Monday’s faceoffs.

Tuesday’s game at the Flyers will air exclusively on ESPN Plus.