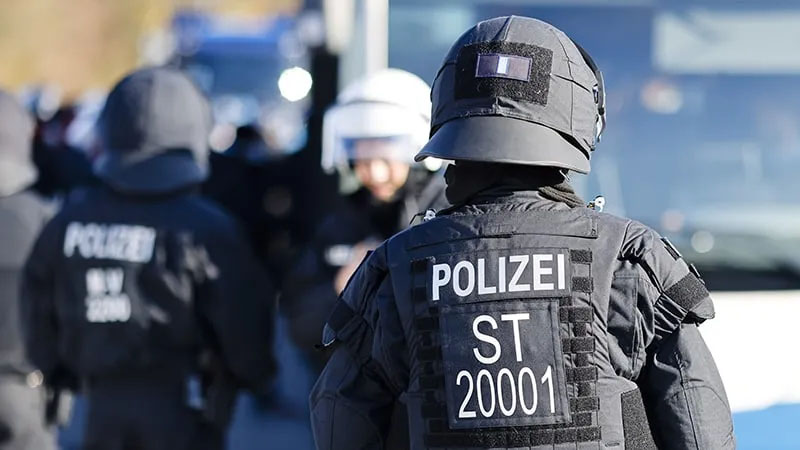 In Hamburg, they arrested a 31-year-old German citizen who ran a pro-Russian Telegram channel. The man was accused of using the letter Z, which became a symbol of the Russian invasion of Ukraine, reports the n-tv channel with reference to the prosecutor’s office.

We are talking about a Telegram channel called “Other Germany”, the prosecutor’s office called it a “national-Bolshevik pro-Russian platform”. Germans accused of ‘approving criminal offenses and trying to recruit into foreign military service’. In addition, in one of the photos, a man was posing with a Russian AK-47 assault rifle, for which he was suspected of violating the law on military arms control.

A search was conducted in the accused’s apartment, during which several knives were found. According to these investigations, a German was planning to leave Germany for Minsk in two weeks.

At the end of March, the authorities of several federal states of the Federal Republic of Germany decided to ban the logo with the Latin letter Z as a symbol of the Russian Federation’s support for Ukraine. These regions include Bavaria, Berlin, Lower Saxony and North Rhine-Westphalia. The basis for criminal prosecution is paragraph 140 of the Criminal Code of the Federal Republic of Germany, according to which, for the approval of certain types of crimes, the offender incurs a penalty in the form of a fine and even a imprisonment of up to three years. A similar ban applies to Ukraine, Lithuania and Moldova.